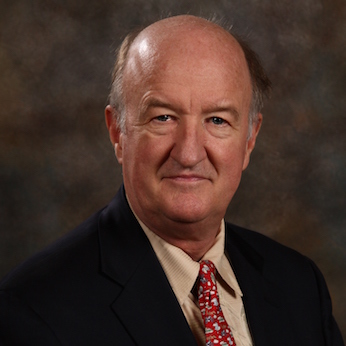 Mark Skousen, Ph. D., is a professional economist, investment expert, university professor, and author of over 25 books.  He earned his doctorate in 1977 in economics from George Washington University. In 2014, he was appointed a Presidential Fellow at Chapman University in California, where he received “My Favorite Professor Award.”

In 2018, Steve Forbes presented him with the Triple Crown in Economics for his work in theory, history and education. He has the unique distinction of having worked for the government (CIA), non-profits (president of FEE), and several for-profit companies. In 2004-05, he taught economics and finance at Columbia Business School and Columbia University. He has also taught economics, finance and business at Barnard, Mercy and Rollins colleges, and Chapman University.

Since 1980, Skousen has been editor in chief of Forecasts & Strategies, a popular award-winning investment newsletter (www.markskousen.com), He was analyst for the Central Intelligence Agency, a columnist to Forbes magazine, chairman of Investment U, and past president of the Foundation for Economic Education (FEE) in New York. He is the editor of his own website, www.mskousen.com, and is the producer of FreedomFest, “the world’s largest gathering of free minds,” which meets every July in Las Vegas (www.freedomfest.com).  He has written for the Wall Street Journal, Forbes, the Christian Science Monitor, and the Journal of Economic Perspectives, and has made regular appearances on CNBC and C-SPAN Book TV.

His economics works include The Structure of Production (NYU Press), The Making of Modern Economics (Routledge), Economic Logic (Capital Press), and EconoPower (Wiley & Sons). His investment books include Investing in One Lesson (Capital Press), and The Maxims of Wall Street (Eagle Publishing). In 2006, he and his wife Jo Ann compiled and edited The Compleated Autobiography by Benjamin Franklin (Regnery). His latest book is A Viennese Waltz Down Wall Street: Austrian Economics for Investors (LFB Publishers).

Based on his work The Structure of Production, the federal government began publishing in Spring 2014 a broader, more accurate measure of the economy, Gross Output (GO), every quarter along with GDP.

He and his wife Jo Ann have lived in Washington, DC; Nassau, the Bahamas; London, England; Orlando, Florida; New York, New York; and North Tustin, California.  They have five children, and seven grandchildren.