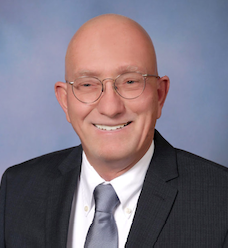 Paul earned his Bachelor of Science degree in Economics and Administrative Studies (Graduation with Honors and Distinguished Military Graduate) and his Master of Administration in Business degree with emphases in Finance and Marketing from the University of California, Riverside.
He was awarded an Army R.O.T.C. Scholarship and served as an officer
in the United States Army.
Paul earned his Doctor of Business Administration (DBA) degree from the University of Phoenix.